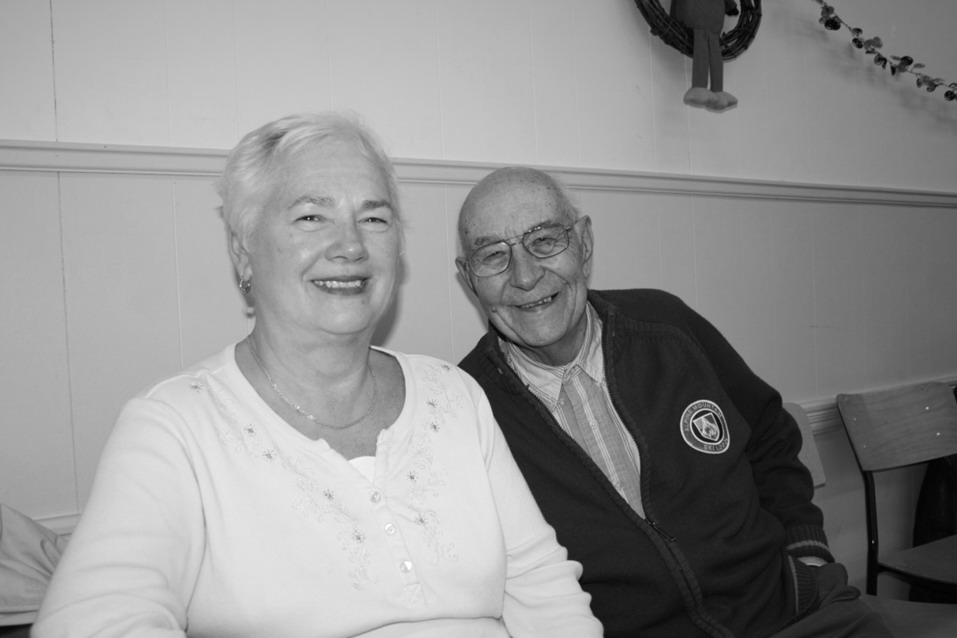 Doug graduated with the Beaus & Belles, along with his first wife, in the early 70’s. They were great promoters of the activity and held various offices in all the clubs in which they were involved. Unfortunately his first bride was killed in a car accident on the way to church one morning. He fought through this as well as two bouts with cancer but always returned to square dancing. His friends in the dance community were always there to support him.

Esther graduated from Beaus & Belles in 1991, and it was not too long before she and Doug became dance partners in both squares and rounds. A relationship developed and they married on May 21st, 1994. Their wedding reception was a square dance party at the Grand Bay Centrum.

Both were members of the Beaus & Belles, Starlight Promenaders, Hampton Hoedowners, Southern A’s and the Washademoak Swingers. They were, and she still is, active in all the clubs and the dance community as a whole always trying to bring new dancers into the family. Both of them were instrumental in the planning of the Canadian Square & Round Dance Convention held in 2002 looking after the social committee under food services. They have danced all over the province of New Brunswick, the Maritimes, Canada and probably parts unknown to many. They have danced on ferries, bridges, at campgrounds, in garages, basements and pools. They have brought many a dancer into the activity, it was always a great passion of theirs. Her brother and his wife have joined, a son and daughter even her sister still dances in Lowell Massachusetts and a brother who danced in the NWT.

Thy have added such excitement to the activity over the years. He danced over 40 years, and she for 21 years. As health became an issue for him and his dancing he still took in as much dancing in as he could each week and always had a stand-in for him when he was tired. She is able to dance both parts, which is very helpful. They both attended regularly even if it was just to keep up on the social chit chat. Everyone was always glad to see their smiling faces come through the door or hear that “Whoop, Whoop, Whoop” for which she was ever so famous.

Never was there a more deserving couple to receive this award. Alas, it comes at a time when our hearts are heavy with sorrow. We said good bye to our good friend Doug on Tuesday May 22, 2012, the day after their wedding anniversary and only a few days before the Awards ceremony. He was laid to rest in Saint John surrounded by his loving family and friends.