This cross border duo teamed up 13 years ago and they have been unstoppable ever since.  Clifford and Jackie have been Vice Presidents and Presidents of the club.  Clifford has been a member of Town 7 Country Squares since the 1970’s.

These members of our club have had perfect attendance during many seasons.  Every week they bring a cooler of water for the club without fail.

Clifford & Jackie often travel to special dances that other clubs offer and they are usually encouraging other dancers to come along with them.  They have attended MCCA each year, Yogi bear and Strawberry Fest dances, Annual Distinguished Awards events and many others.

In our own club, they help plan our special dances, anniversary dances and both Christmas and yearly closing dances.  More often that not, Jackie has assembled a basket to be used for a fundraiser during these dances in addition to a door prize.

Jackie & Clifford have always been available for demo dances to promote square dancing in our area and in New Brunswick.  You will always see them both in traditional square dance attire.

In their private lives, they are also busy.  Clifford is part of the Shriners.  he walks in all the parades locally.  Clifford owns blueberry fields that keep him very busy in late summer.  Both he and Jackie are heavily involved in the United Church in St Stephen.

Jackie is from the United States and is very active in the craft markets in her area of Topsfield, Maine.  She and her daughter sew up a storm which hand crafted items.  She uses her allotted time in Canada wisely – she uses it for square dancing!

In their spare time you can often catch them at the Legion Dances often mentioning to the folks there, that they should try square dancing too.

As a group, Town & Country Squares are very grateful for what they do for our club. 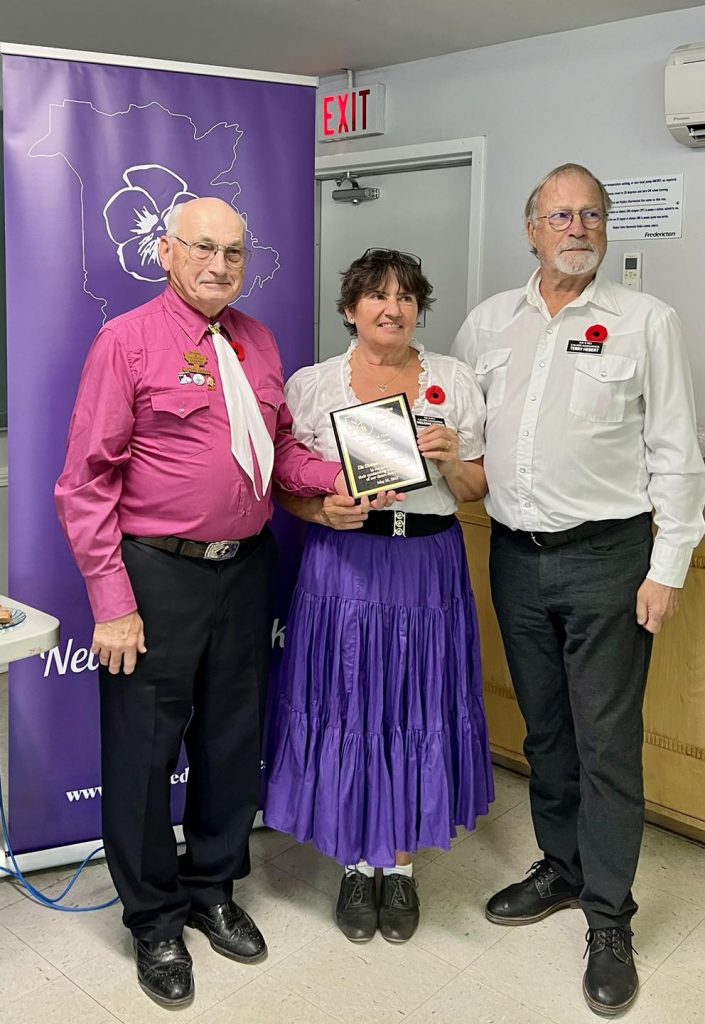 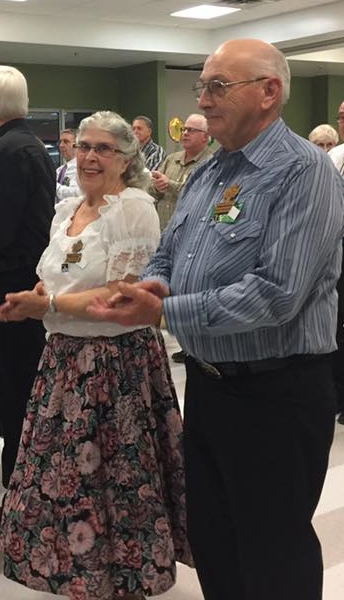