This couple started their square dance career in 2000 and graduated in 2003. Shortly after their graduation, they became very involved in the Club’s activities.

During their tenure as executive members, the attended many Federation of New Brunswick, Inc. meetings as Director Couple of the Federation and have attended many Distinguished Service Award dances over the years as well as many Terry Fox dances.

They are great promoters of square dancing as they helped organize and participated in numerous workshops through out the area to introduce square dancing and try and encourage new members in places such as schools, senior citizens clubs, Legions, fairs and the like.

When we held special events and dances, they would make up signs and place them by the roadside – along Route 11 to welcome our guests and visitor dancers to our hall which was off the main highway.  He has also taken up the responsibility of making up name tags for Club Members and always makes sure new members have their accreditation(s) when they graduate.

One half of this couple also became our Santa Claus for as long as we can remember.  he passes out candy canes and gifts at our Christmas parties and his gesture is much appreciated by the young at heart as well as our young members.  Over the years they hosted the Country Cousins Square Dance Club at their home to festivities and games which has always been well attended and thoroughly enjoyed by everyone.

One half of this couple pair is especially known to show off her eagerness to showcase her seamstress skills and for her dancing in high heel shoes which is quite a feat unsurpassed by any other. She is know to have modelled 5 or more outfits at a MCCA weekend dance.

As recently when he was approached by Joan & Bill Harding while in their tenure as Publicity Couple he was asked to fill out a survey to help develop a brochure to promote square dancing, he immediately volunteered to translate the document to French when the discussion was had to make it a bilingual one.

They are a very valuable couple to our club and the square dance movement in general. 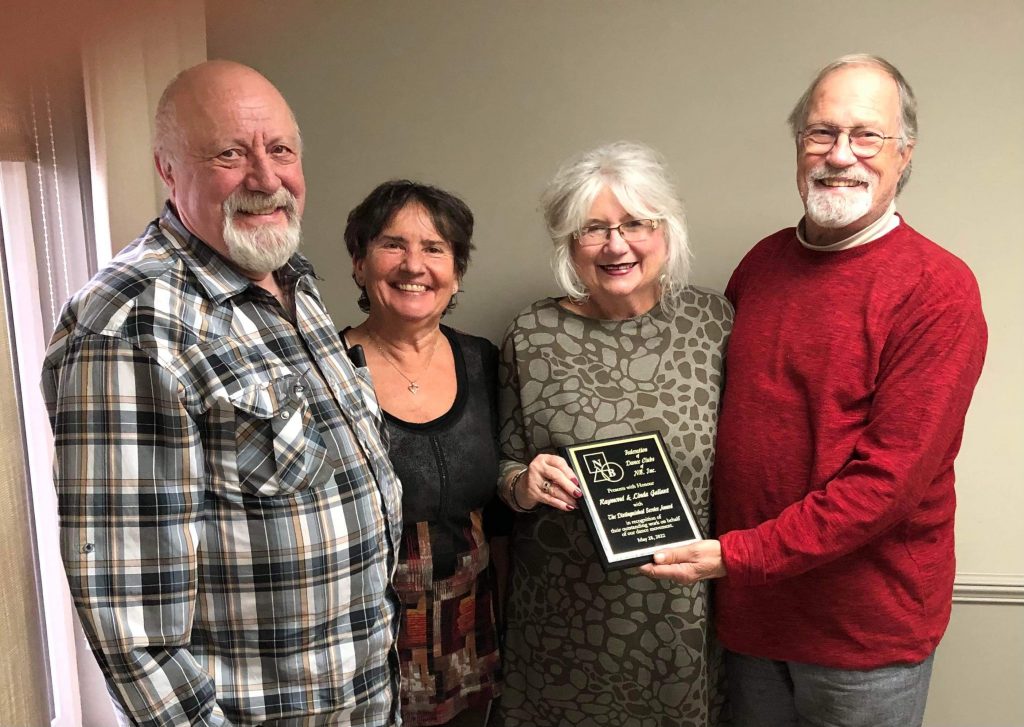